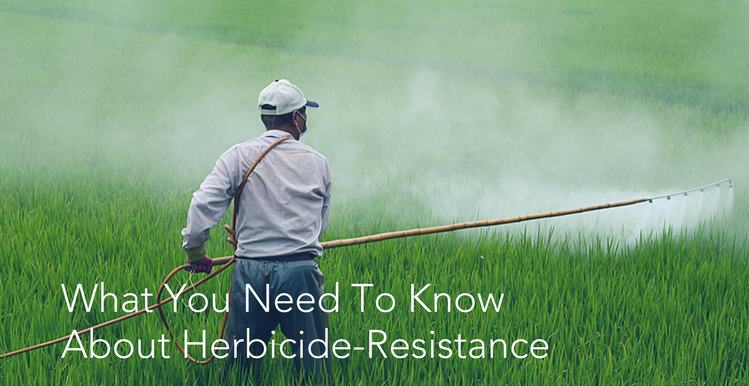 What You Need To Know About Herbicide-Resistance

Weeds have a horrible reputation around these parts. Johnson grass, water hemp, pigweed, and so many others creep into fields, destroying yields, clogging harvesters, and sending pollen counts soaring. Modern herbicides and herbicide-resistant crops have changed how we combat weeds.

But the weeds keep coming. And their growing resistance of some species to available chemicals is becoming a concern to many growers.

As expensive and exasperating as herbicide resistance is, it’s not diabolical or menacing. It’s just evolution. Plants don’t change their genetic makeup to become intolerant of our attempts to wrangle them into submission; rather, a handful of plants with a natural resistance to the herbicide survive, reproduce, and eventually create a problem.

Herbicide resistant weeds evolve in response to repeated use of the same herbicide on the same site of action. There are different action plans to counter this pattern, and many are being researched at our local universities. Some involve going back to applying soil-residual pre-emergent herbicides. Some involve alternating types of herbicide-resistant crops, planting rows closer together to crowd out unwanted species, and crop rotation. And some involve a strong pair of gloves and a good, hearty tug.

Herbicide-resistant plants have been important for several reasons in the American ag economy; they make food and products more affordable, accessible, and manageable. The practice reduces the need for plowing or tilling, which means less soil gets eroded and fewer fuels are used in field maintenance.

The trick is finding a method that works with genetics and evolution and not against it so that all can benefit.

Want to know what we recommend for herbicide resistance? Check out our latest products here.